“When I stand before God at the end of my life, I would hope that I would not have a single bit of talent left, and could say, ‘I used everything you gave me’.”

Ghee is a transformational leader that has generated over $1B in revenue while working for some of the most powerful media companies in the world including WME, CNN, A&E, The History Channel, and BET Networks. While at BET, Michele created and ran the first and only network for Black women: BETHer. She began her career at SBC Communications in Oakland, California and is now the CEO of the iconic Black media brands: EBONY and Jet.

Ghee has received the following awards and honors: Multichannel News 2019 Wonder Woman, Working Mother of the Year Award Class of 2018, The ADCOLOR Change Agent Award, and The American Advertising Federation Mosaic Role Model of the Year Award, to name a few.

Ghee has authored three books and is a highly sought-after public speaker.

Ghee graduated college at 31 and was later honored with an Honorary Doctorate of Humane Letters from her alma mater, Golden Gate University.

She resides in New Jersey with husband, Tony, and kids, Taylor and Jordan.

Michele Thornton Ghee urges women to get strategic—actually, she calls it Stratechic. She believes women are innate strategists that use most of their time and focus taking care of others. Thornton encourages women to use a portion of that energy towards developing a personal life plan. With her proven 10-step framework, Thornton helps every woman be more Stratechic and reclaim the power they naturally possess. Stratechic is a must read for every woman striving to live her best life.

From the first page to the last, readers aren’t simply told what to do, they are given useful tools on why and how to accomplish each goal. Throughout the book, Michele reminds the reader, If you don’t set expectations, nothing will happen.

Every Stratechic has had a life-changing moment of clarity. A moment when her spirit stills, her mind sharpens and her inner voice gives expression to the reality of her situation. My moment of clarity happened several years ago after I’d started working for a large entertainment company. My new manager called me into his office and politely told me I was hired even though one of my references had advised, “Michele is not the best person for the job.” I was stunned given each of my references had assured me they would provide glowing recommendations. That was my pivotal moment of clarity. Although one of my references had stated what I wanted to hear, his actions had never shown sincere support or partnership. He was slow to return my calls and had a pattern of canceling our meetings. I was oblivious to an obvious truth and my blind spot almost caused me to get blindsided! The 10-step Stratechic framework starts with Self-Awareness because being a Stratechicmeans knowing who is fighting for you and who may be fighting against you.

Are you Successful? If yes, by whose definition? If not, same question. Michele Thornton Ghee is tired of trying to live up to other people’s standards of success and instead challenged herself, and now us, to make it personal. Whether you are a billionaire, postal worker, teacher, hotel receptionist, or young entrepreneur trying to make ends meet, your success is not determined by power, money, or even recognition. Instead, it is linked to the fulfillment of setting and achieving your goals.

SUCCESS: On Your Terms pulls back the layers to reveal what is most important-YOU! Thornton Ghee offers a masterful framework filled with intention and action destined to take you from where you are to where you ultimately want to be. Starting with a commitment to yourself, each component reminds readers to shed the expectations and rules of others and return to the most fundamental truth-that what you want matters. 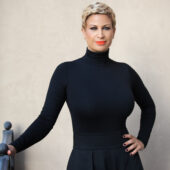 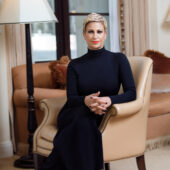 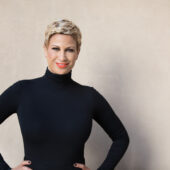 “Stratechic is a must read for any woman who wants to win, rock and rule!”

“Stratechic is the woman’s anthem for independence. Through shocking experiences, loving testimonies, and precise prose, Michele Thornton guides the reader through a ten-step plan that will change her life for the better. It’s revelation, it’s planning, it’s… Stratechic!”

“Yes, I’m in the book. Yes, she is my friend! But even if she wasn’t, I would still read it because Michele speaks to women at every stage in their journey. It’s an encouragement to me to walk and live in the blessings and to tap into my God-given talents”

“Stratechic is a fun, informative and easy read. I also find myself referring back to it for motivation before a big pitch or meeting. My favorite #StratechicTip is to never allow anyone to distract me from my mission to reach my full potential and a bad attitude is ultimately a distraction from what is rightfully mine”

“What I love about Stratechic is that it cuts straight to the point. In a world where our minds are constantly bombarded to the point of information overload, Michele dices up a wealth of knowledge into bite-sized yet fully satisfying tips.”

“I’ve been in business for over thirty years, and for once, I’m pleased to know there’s a book written by, for, and about us: successful women who seek a plan specifically yet globally designed to propel us to greatness. Stratechic is definitely on my nightstand as a reference and daily go-to guide.”

“It was a pleasure meeting you at the I’m my Sister’s Keeper workshop. I started reading my signed book on the flight back home (from the Black MBA Conference). THANK YOU… you just INSPIRED and CHANGED my view on a lot of things. Truly an honor. Time for me to be STRATECHIC!”

“She gets it. Michele knows that in order to win in business and in life, in general, you need to have a blueprint for your success and that’s exactly what she does in Stratechic. She lays out the roadmap for you – from women who are CEOs of their household to women who are CEOs in the boardroom.”

“Awesome seeing you at the NBMBA Conference! You inspire me, and I cannot wait to read your book. As I mentioned, I am starting my own Beauty Company and will reach out to you for media plan once the skincare line launches. In the meantime, I have started a weekly blog site goodbeaute.com I would love to interview you about your book and how you stay so fabulous!”

“Thank you for inspiring my daughter on Saturday at Rutgers. You appear to have lit a spark that has been silently waiting to bust out. On many occasions, I have tried to introduce her and or connect her with women business mentors for career inspiration. Maybe it was my generational lack of millennial understanding but you and Ecita appeared to be the right combination to thrust Sharde forward. Thanks again. Greatly appreciate your presentation and your gift

For booking inquiries, please contact Washington Speakers Bureau and you will be routed to the appropriate agent.